I am bad at updating blogs

It is now next year. Last post was in October. I will put it down to the perfect shit storm life throws at me and leave it at that.

It isn't that I have not been painting anything since last time. I just have not mentioned it. For the record the projects since the last 7TV stuff have been The Trojan War(even sculpted a tolerable Helen and an execrable amazon), pictures may follow. WW2 Italians, been playing Bolt Action. The American Civil War(Perrys and I have discovered the secret of painting all those plastic figures).

And. Screw you English teachers I just started a sentence with AND. And it was a one word sentence....15mm Barbarians!

Yes. 15mm. Anyone who knows me or has heard me saying horrible things about the hideousness of 15mm over the years may be surprised. Very surprised if they are the Redditch Pimpernel. Private joke. Sorry. My real world friends will get the reference and the internet blog is the most self indulgent of all written media so forgive me if I self indulge. I know how bad that sounds but I am leaving it in anyway. 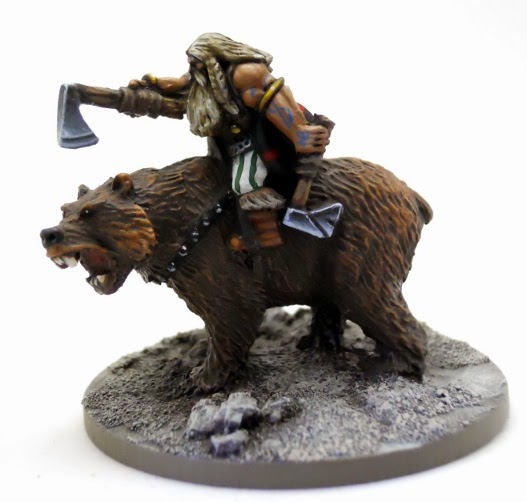 See. Look at him. He's lovely and it's not his fault he's only 15mm tall(to be technical about 18mm).


The Great Mark Copplestone is the one to blame. He has done a range called Barbarica and they are the sort of Conany barbarians I have always wanted. The 15mm thing was a bit of a downer at first but I gave it a try. And I liked it.

These are fantastic figures despite being 15mm. 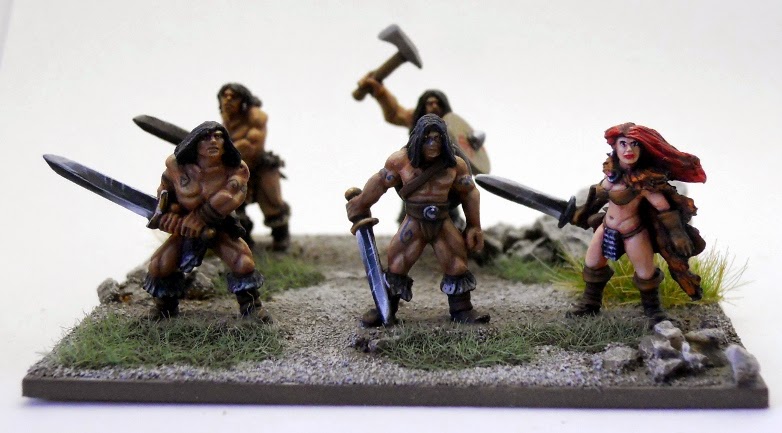 Now this is not going to send me running towards the expensive if you think about it, bags of shrapnel that most people call 15mm and shuffle around a table while gloomily playing some game with DB in the title. Never!

What it has made me do is utterly overpaint tiny little barbarians. The detail is the same as regular Copplestone 28mm man sized figures. He is so clever. 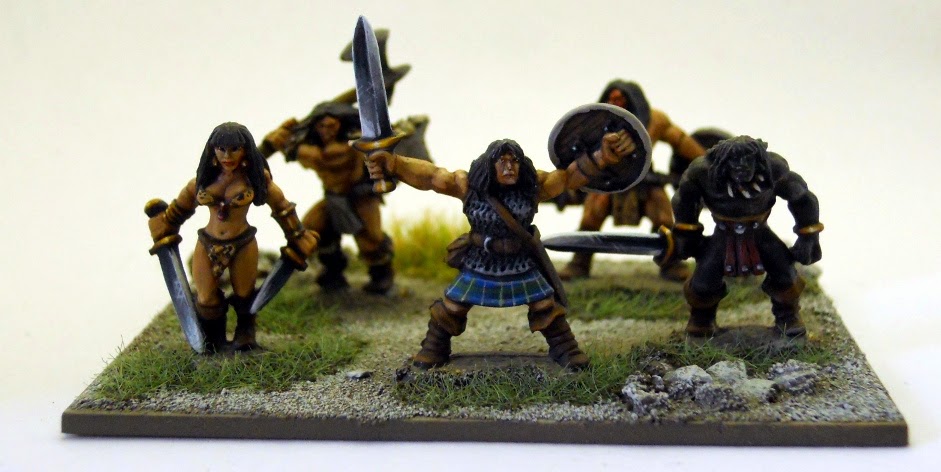 These are the Characters pack so I have gone a bit mad on the painting. I think the regulars will get a more basic paint. Not sure if I would ever complete the army if I NMMed the lot. 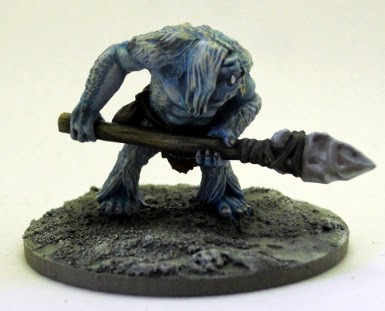 This is an ice troll. Not sure who's side he is meant to be on but in my head the trolls are friendly with the Conans.

Currently working on some big bugger on a horse. Pictures whenever.